LOW-THRUST propulsion and gravity assists maneuvers are both well known to provide significant benefits in terms of required propellant mass. The former has been successfully demonstrated in remarkable missions such as NASA Deep Space 1 or ESA SMART-1, whereas the latter has been repeatedly used in interplanetary missions, perhaps most notably in the NASA Voyager 2. The coupling of high-specific-impulse low-thrust propulsion with gravity assists is a natural next step in the development of trajectory design techniques, opening new opportunities for the exploration of the solar system and beyond.

However, the propellant reduction achieved with low-thrust engines, when compared to their chemical counterparts, often comes at the cost of a higher transfer time. Therefore, the design of low-thrust multigravity assist trajectories is typically treated as a multi-objective optimization problem. The goal is then to efficiently determine the set of pareto-optimal trajectories for an interplanetary mission, regarding flight time and propellant mass consumed. The spacecraft will benefit from flybys of other planets as well as from the continuous thrust provided by an electric engine.

The aforementioned problem, considering the general formulation based on the multibody dynamics, can be potentially solved as an optimal control problem (OCP). 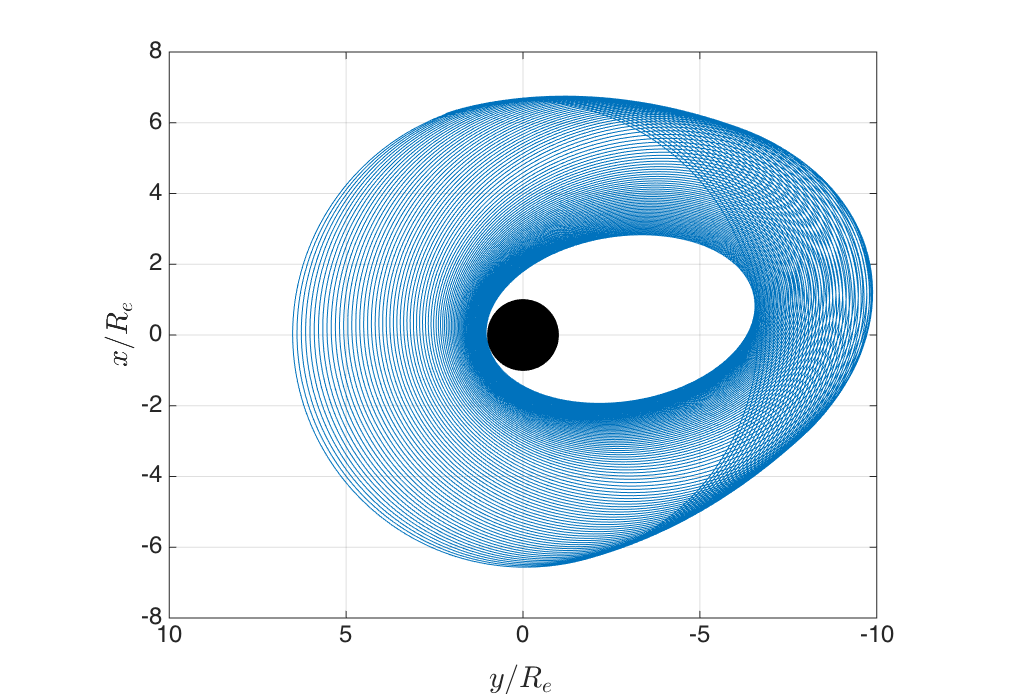 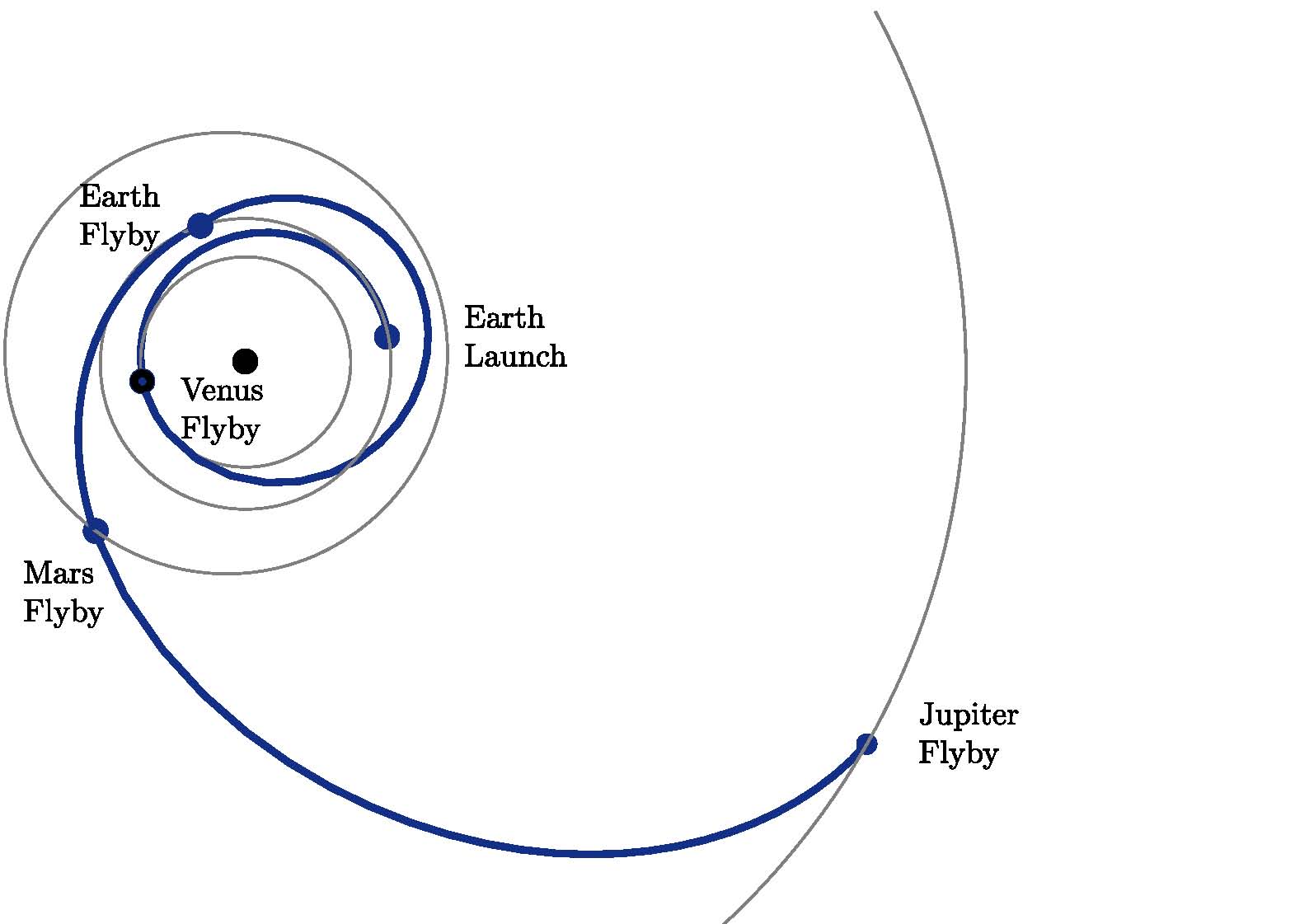